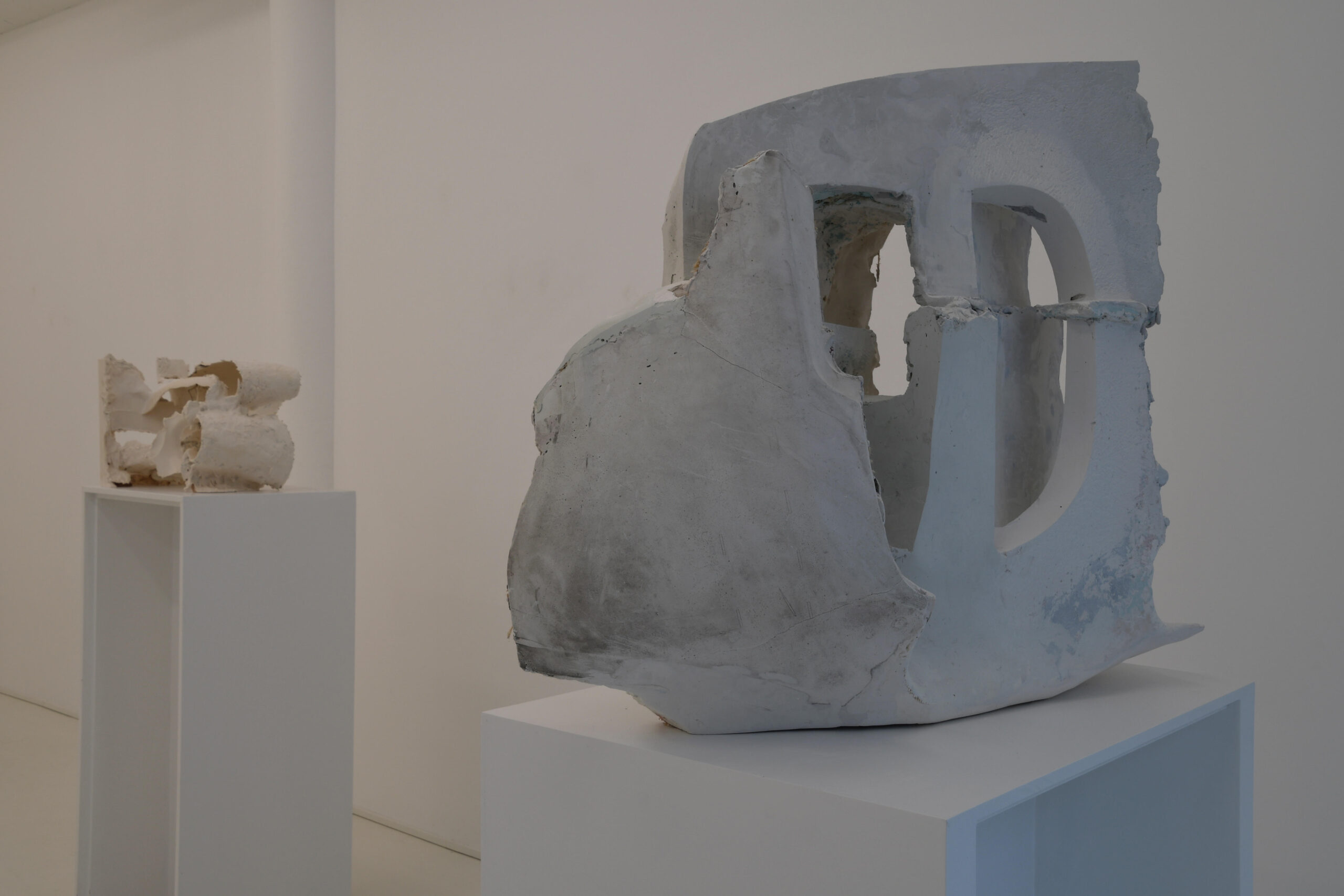 André Kruysen’s production consists of relational sculptures: site-specific, large-scale and temporary works embedded in a given space, as well as separate sculptures that are made in the studio. His site-specific interventions reflect the architectural structure and its distribution of the incoming daylight. The interventions alter these aspects. These sculptural works originate in bodily experience. Here a paradox is at work. Central to these disruptive structures is the search for stillness. The sculptures create new pathways for the daylight and its infinitesimal reflections: the sacral quality of light. The search for stillness is also a returning feature in Kruysen’s separate, small-scale sculptures. There is a personal element to this quest. Kruysen speaks about his strong connection to the modernist movement of the first half of the 20th century. Especially Schwitters’s ‘anti-art’ on the one hand, as well as Le Corbusier’s and Boccioni’s belief in progress and optimism about the future, have his continued interest. Through the radicality of its ideas, the modernist movement brought about positive change. However, its dark and authoritarian aspect has also had disastrous effects on society and the natural environment – as we see today. This rise and fall of modernism echoes in Kruysen’s work. His search for balance is, at the core, a negotiation between constructive and destructive forces. In his art this results in moments of clarity and stillness: ephemeral allure. 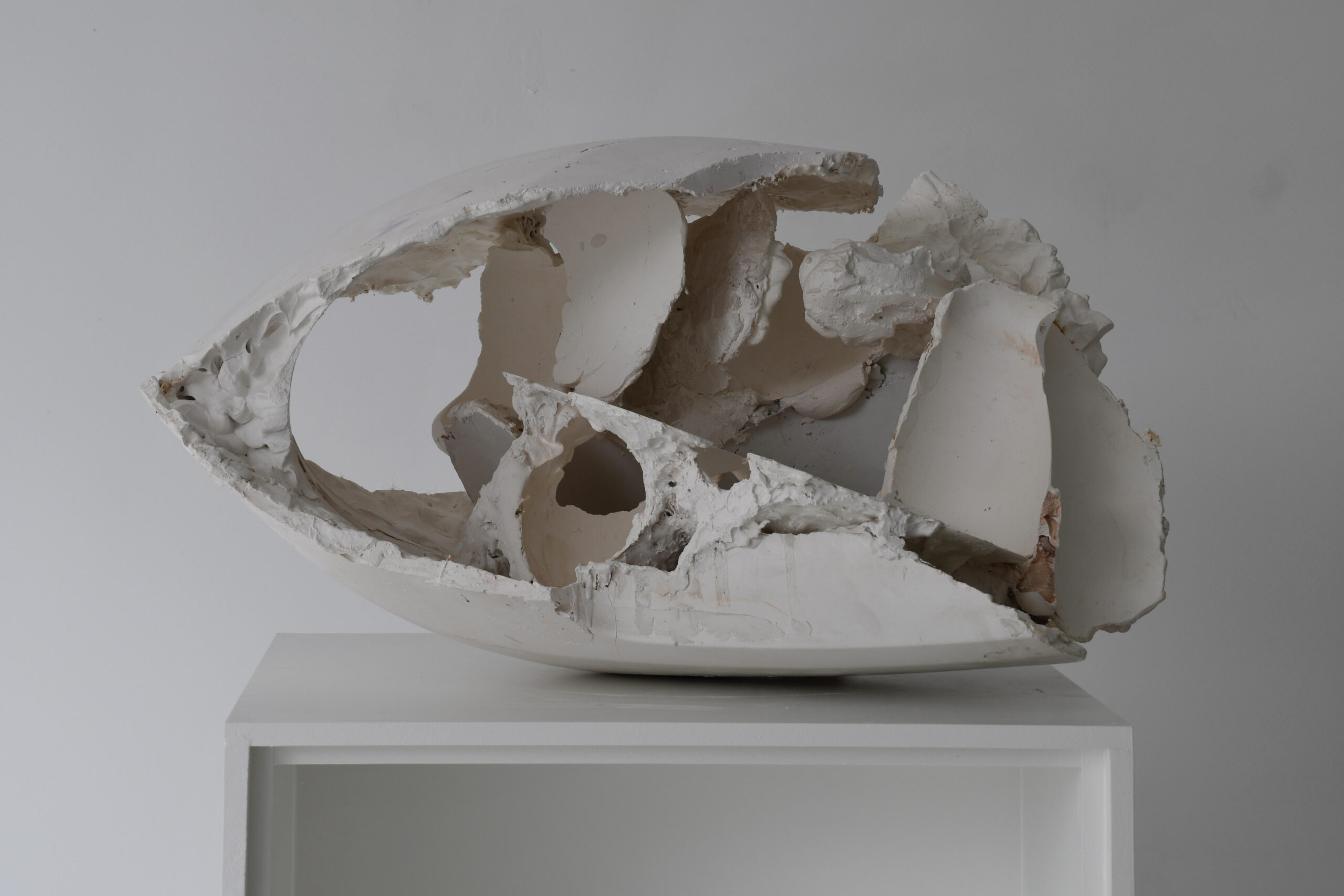 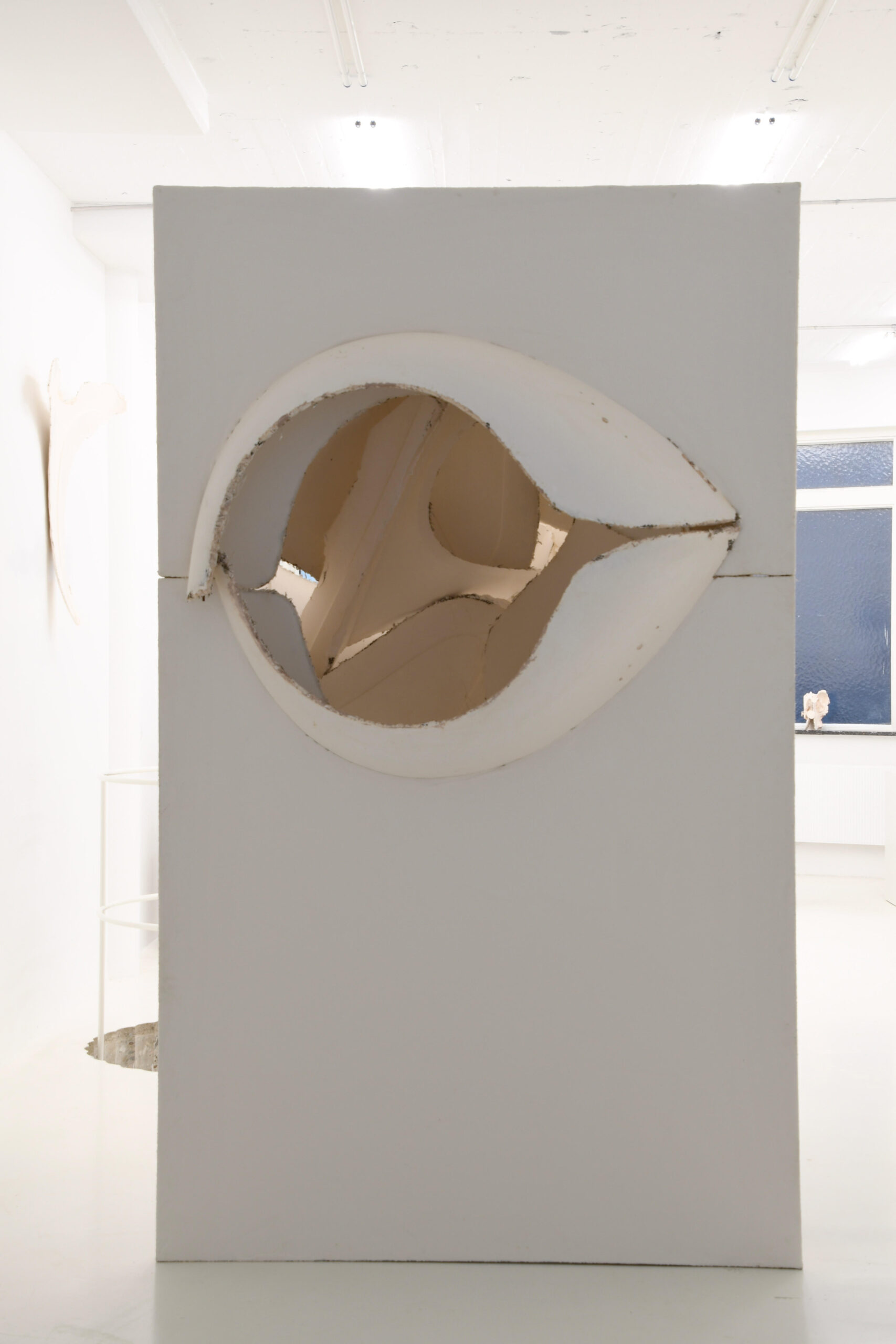 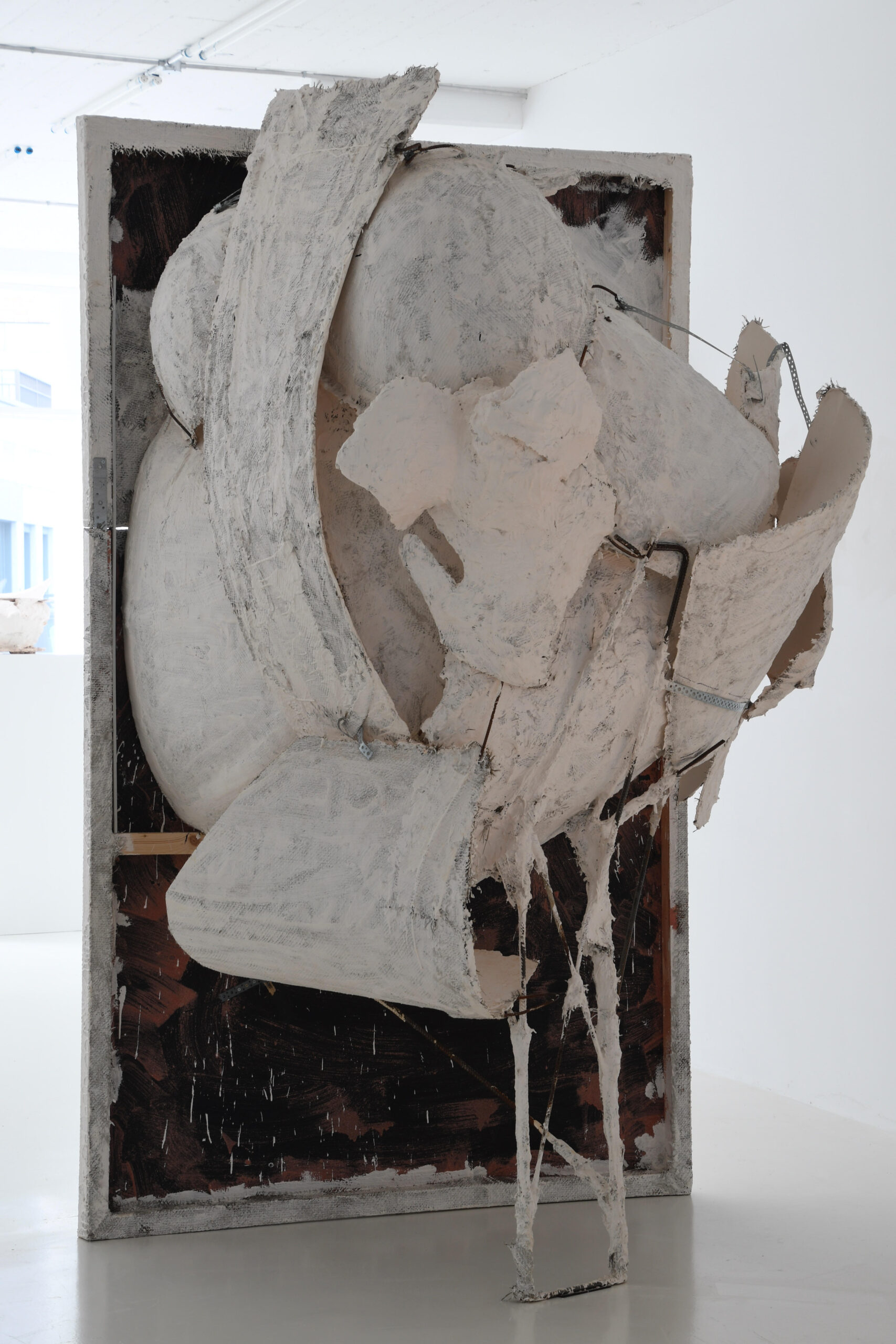 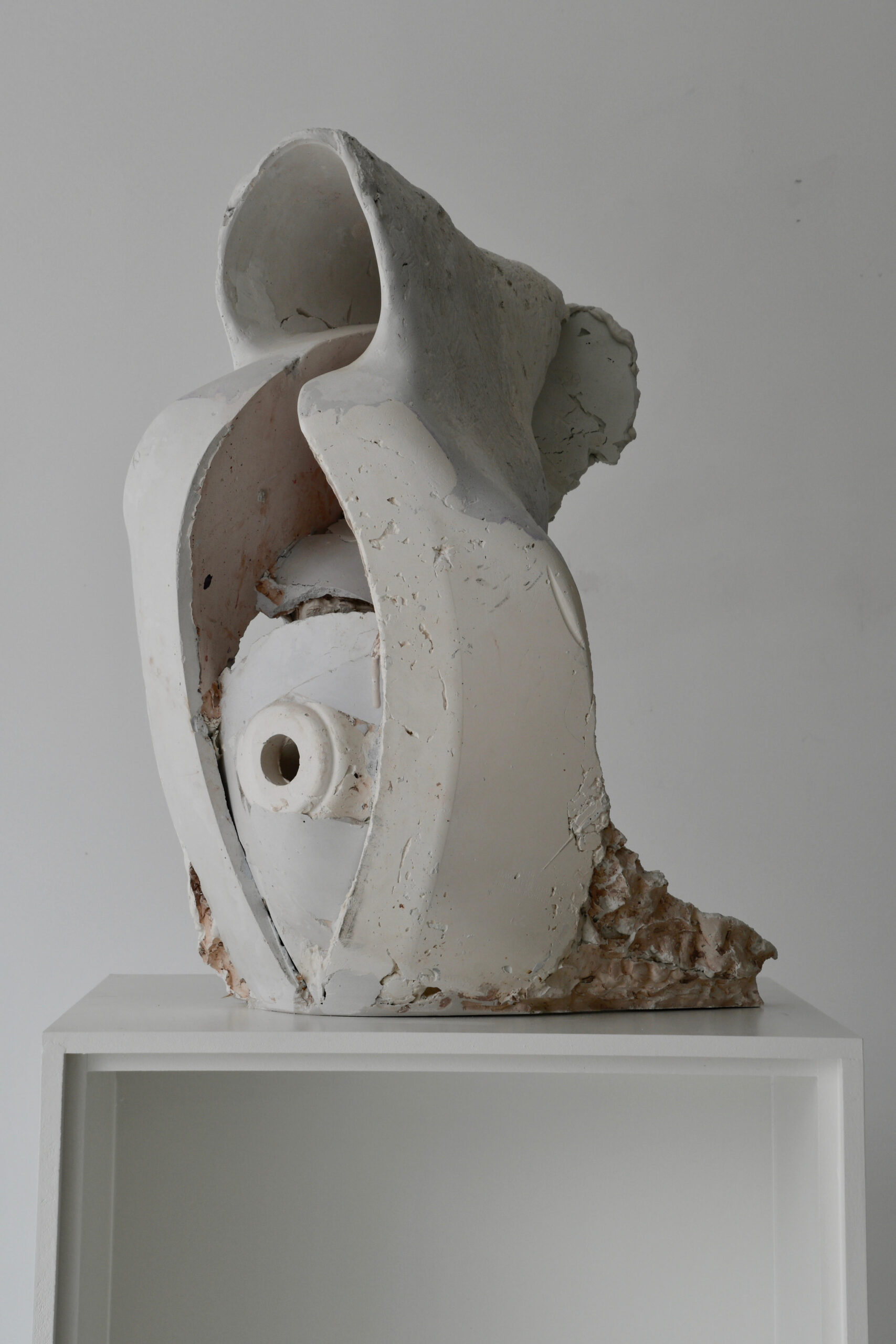 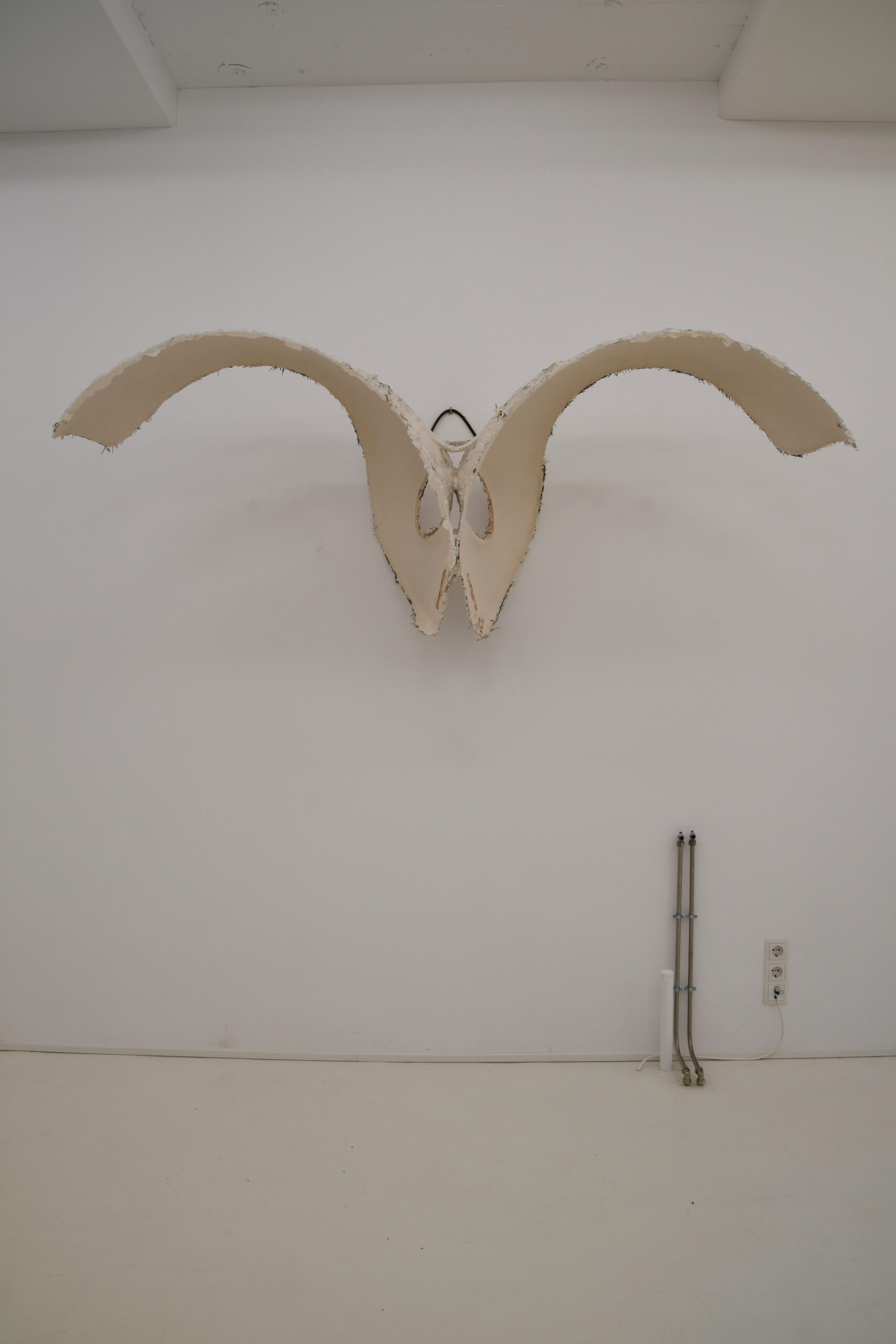 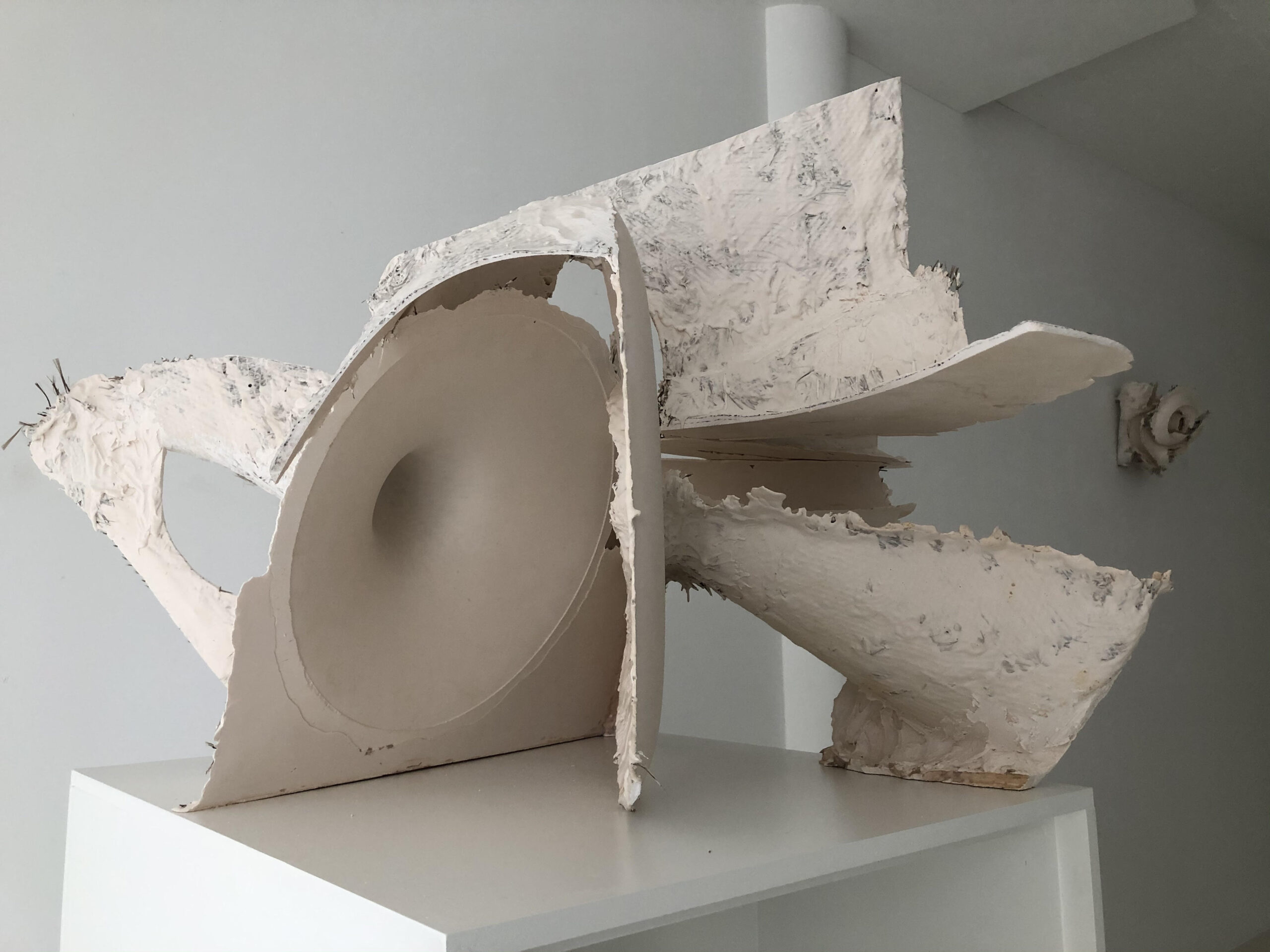 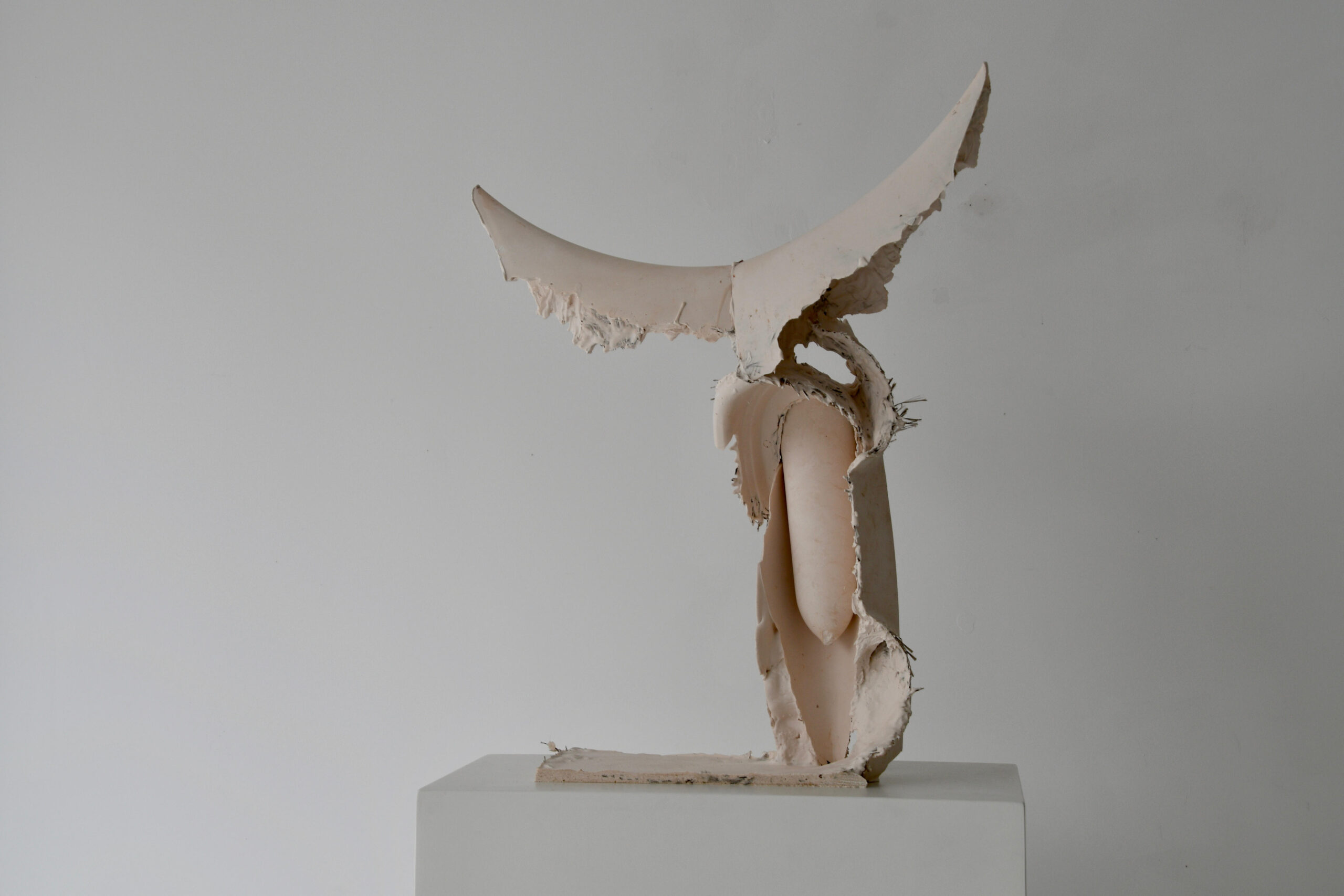 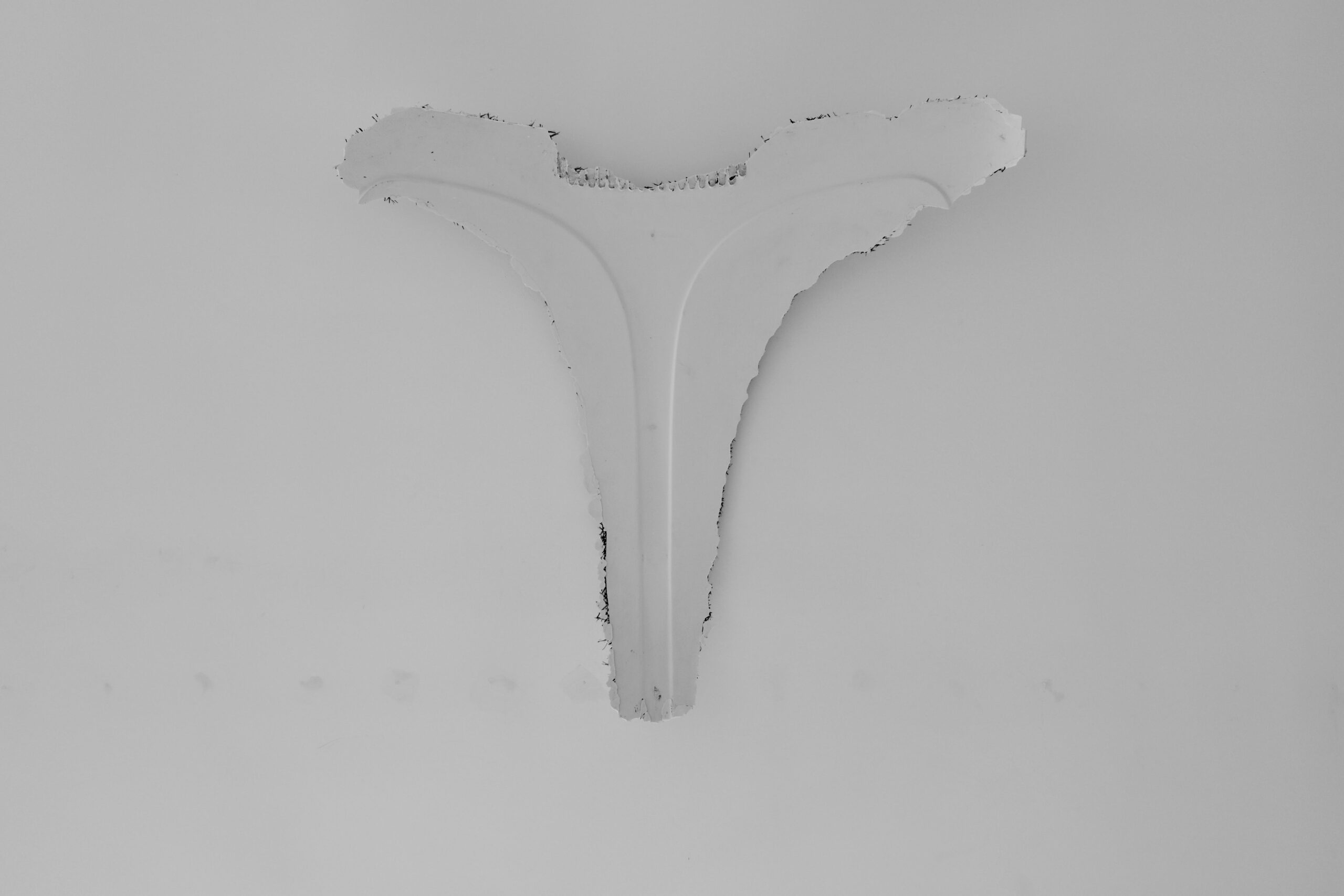 André Kruysen
You and I – 2019
Coloured plaster