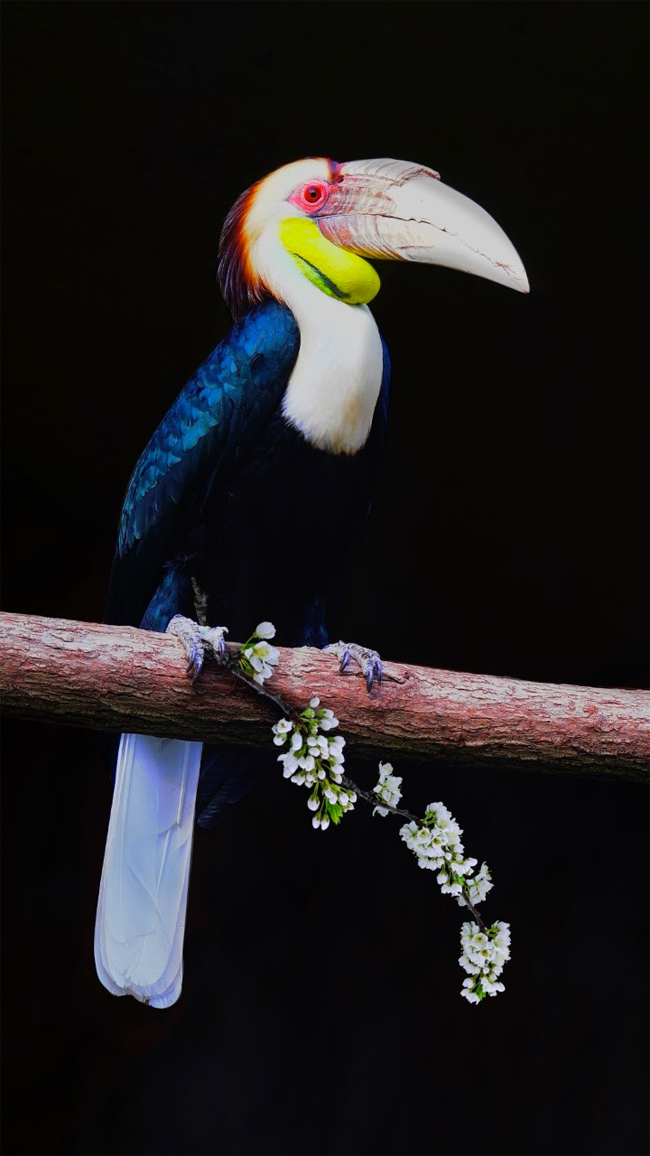 Longing for paradise
A solo exhibition by Marjan Laaper

Marjan Laaper specializes in large-scale video projections, installations, and art commissions in public space. Simple everyday phenomena are presented in a poetic, sometimes philosophical framework. Often there is a tension between conflicting subjects and symbols, such as beauty and danger, the immaterial and the transient, trust, and alarm.
The life cycles of humans and nature play an important role in her video work and installations. The work does not provide clear answers but shows recognizable elements that raise questions. Her videos symbolically refer to universal aspects of existence.

The longing for a perfect world full of beautiful and good things remains timeless. Paradise would have been such a world, and plants and animals were considered a legacy of this lost world. The title of the exhibition: “Longing for Paradise” refers to this longing. A longing for a connection with nature, animals, “the self” and the imperishable. In her work, Marjan Laaper plays with this fascination for nature, but the nature in her video projections has been manipulated. The animals have been isolated from their original environment, slowed down, simplified, and seem to have become ornaments in a new setting. They look at the viewer or explore the environment. Other animals seem to be in a universe of their own.
Marjan Laaper is fascinated by old stories, parables, and spiritual texts in which the animal is used as a symbol for the supernatural.

Animals are also often used as a metaphor for human actions, virtues, or behavior.
In Eastern religions nature is seen as a source of philosophical wisdom. Each part of nature is reminiscent of a quality that we fear or admire and should cherish in ourselves. The titles in Laaper’s work refer to these stories. She takes advantage of our tendency to attribute human qualities to animals. The animal then functions as a mirror for human qualities attributed to the work by the spectator. This fact, which is called Anthropomorphism, plays an important role in her work.

The exhibition: “Longing for Paradise” shows video projections in which animals play the leading part. The videos are filmed from 1 point of view. The videos use “congealed time”; ephemeral moments are stretched into an everlasting “state of being”. Due to the often-dark background of the video projections, these animals melt into the new environment. They are often integrated into the architecture. The animals in this exhibition have become metaphors and symbols.

View on Artsy
VIew on Galleryviewer 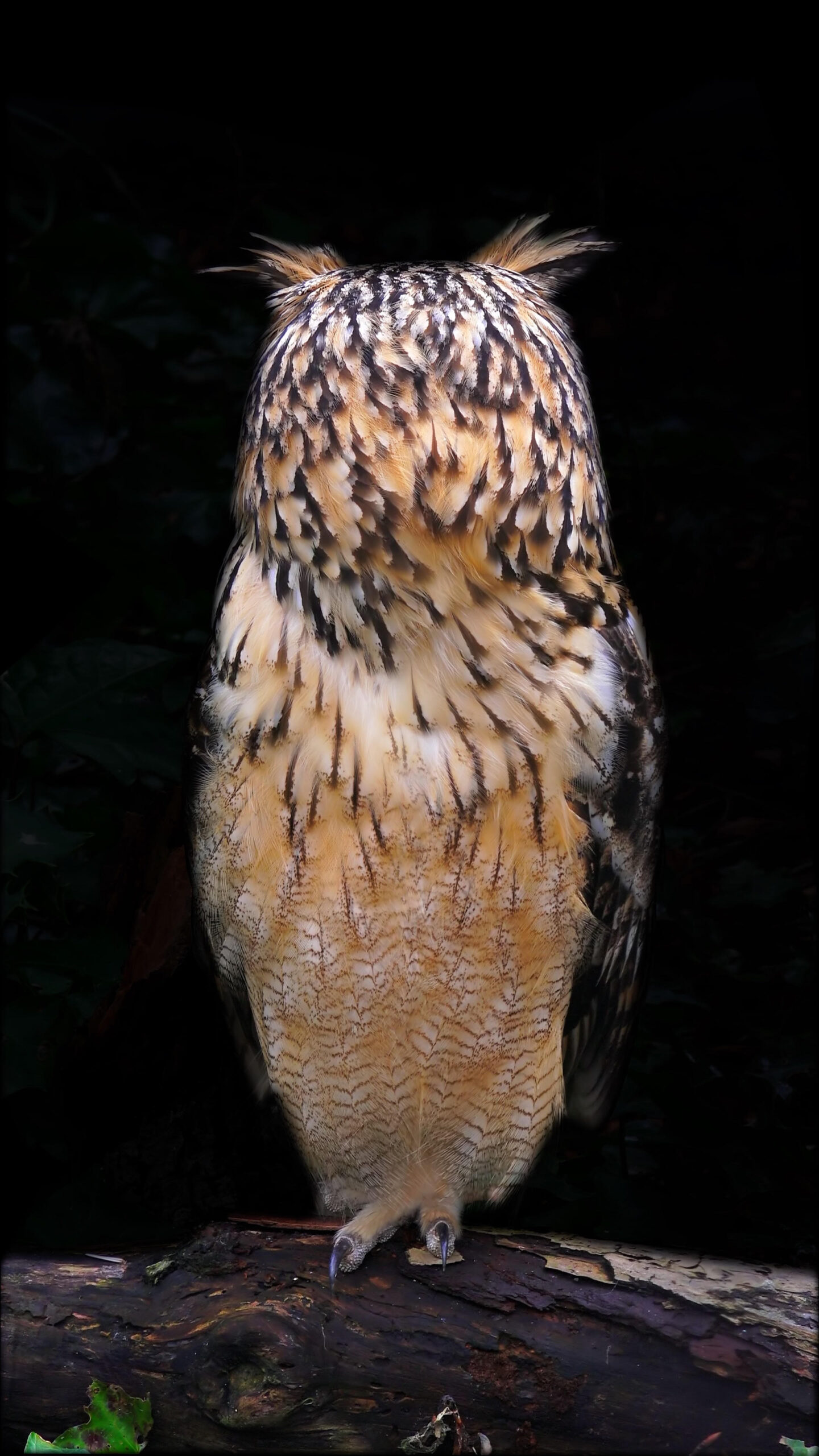 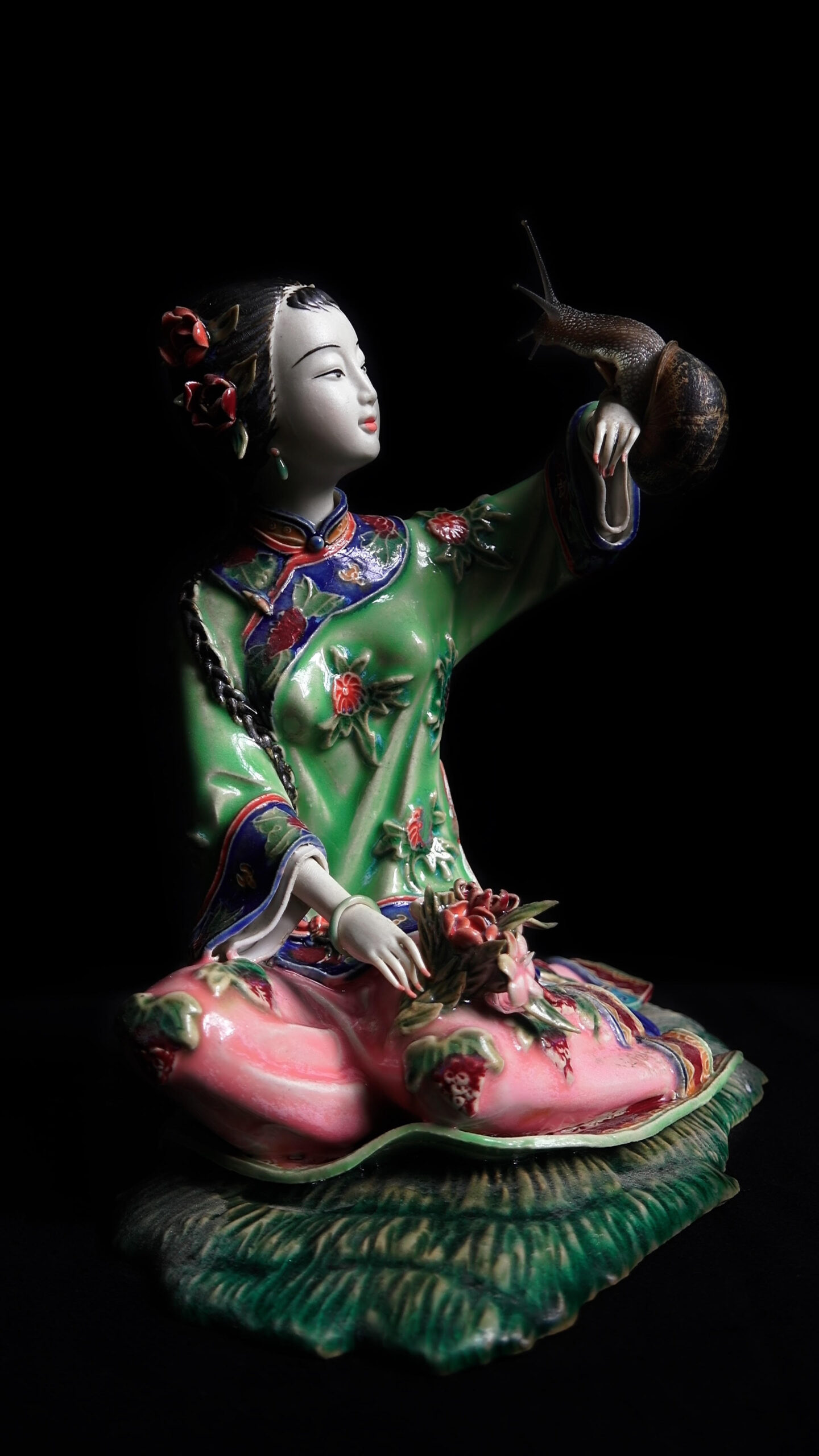 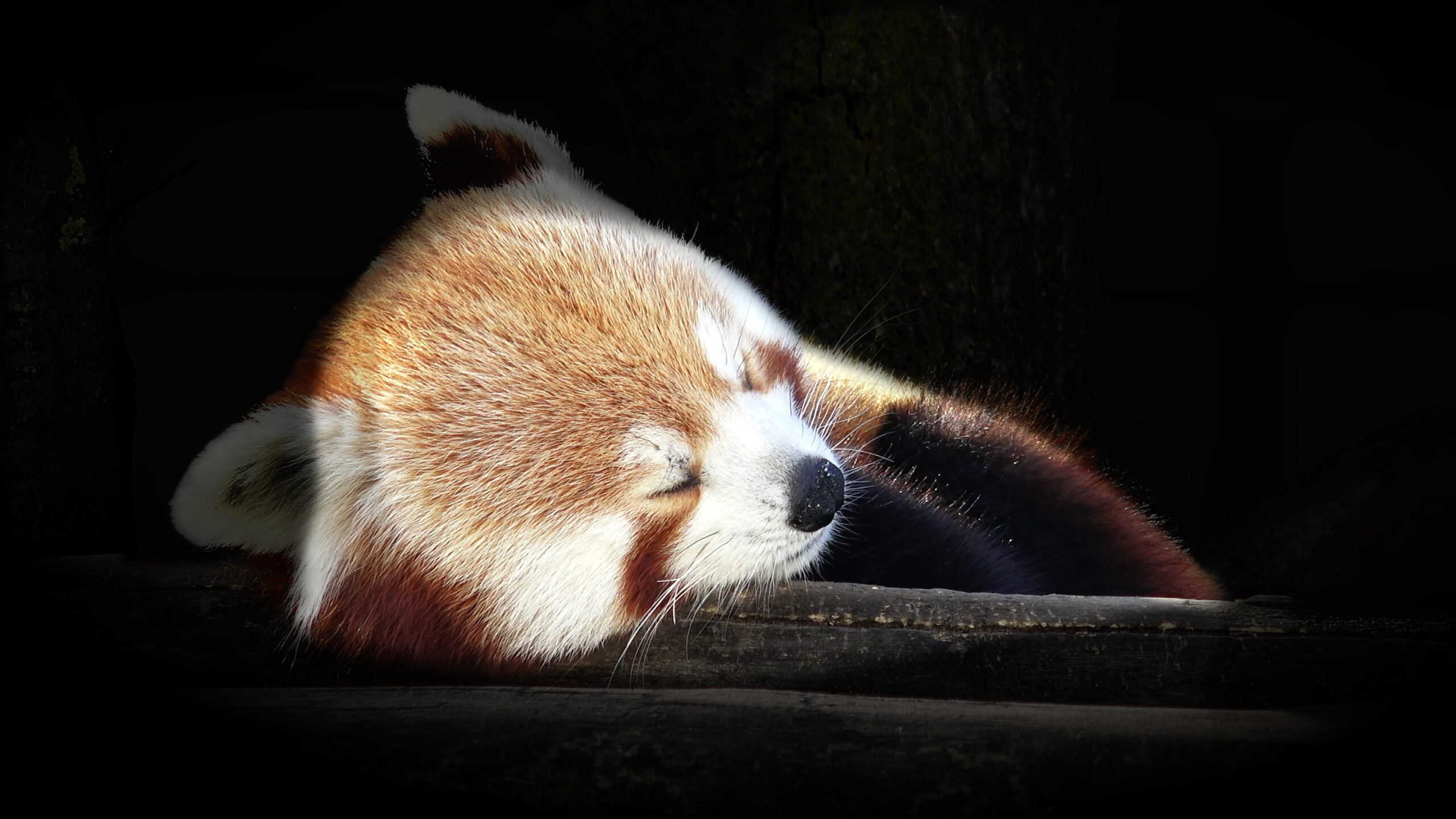 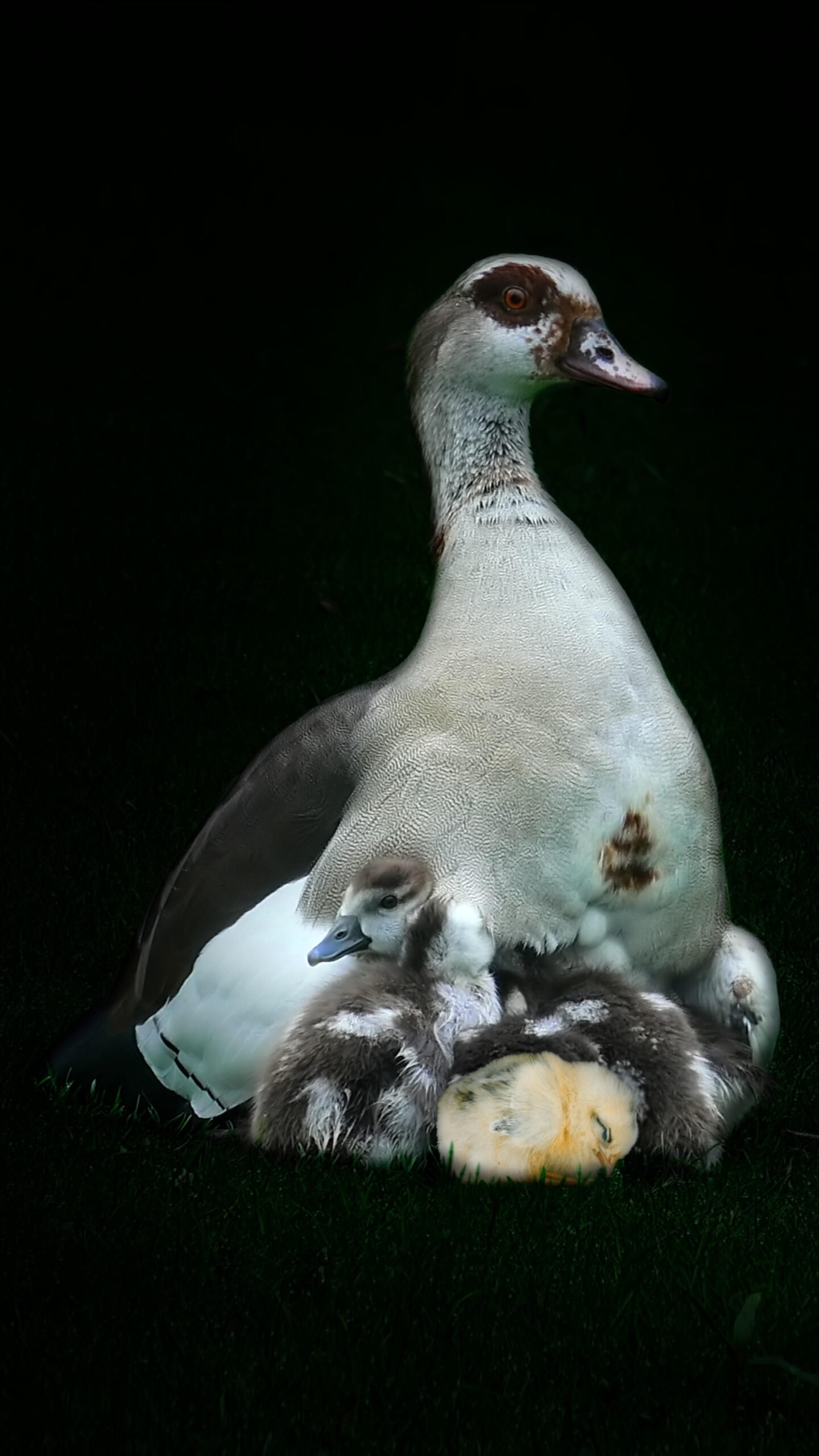 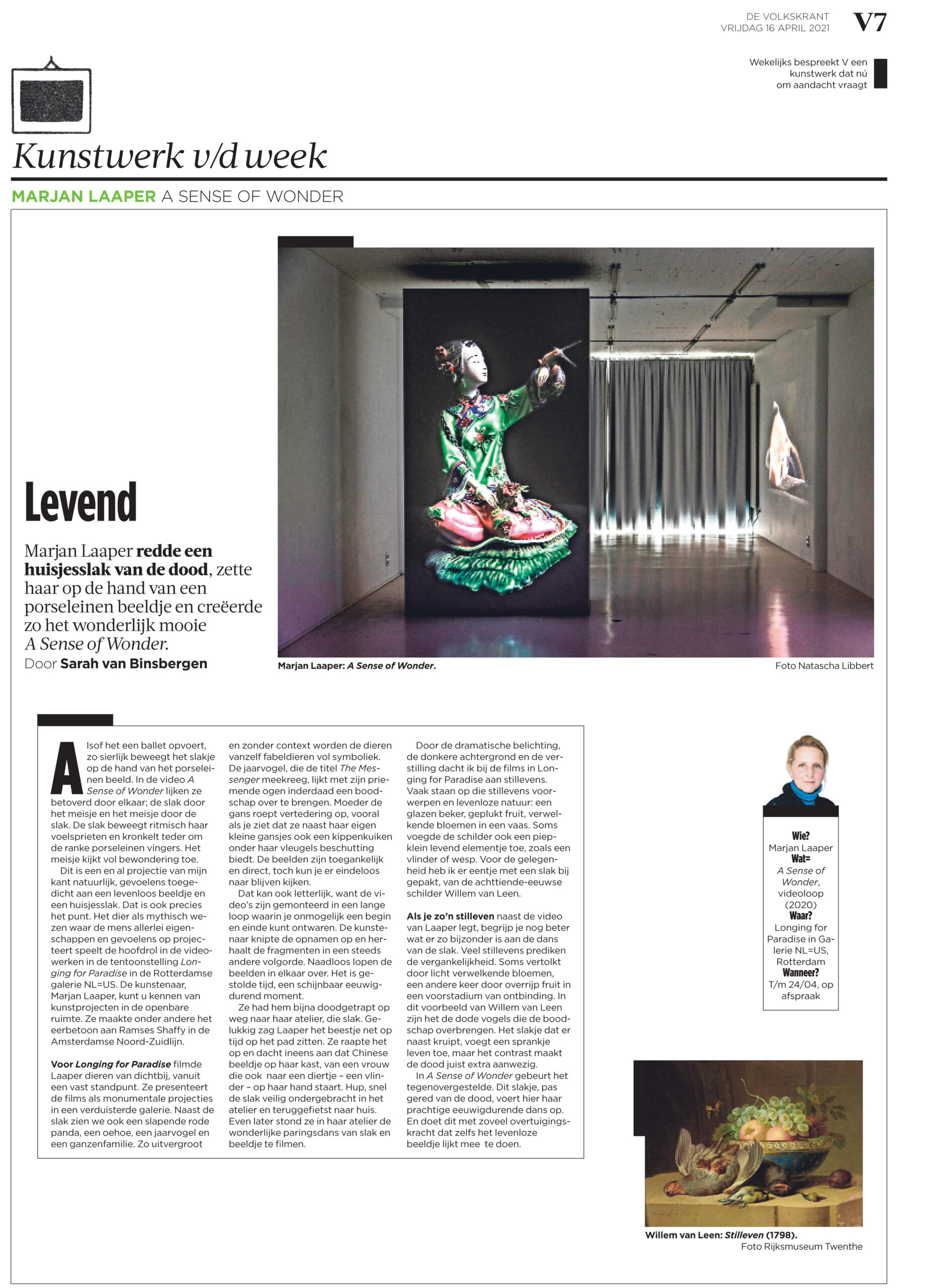 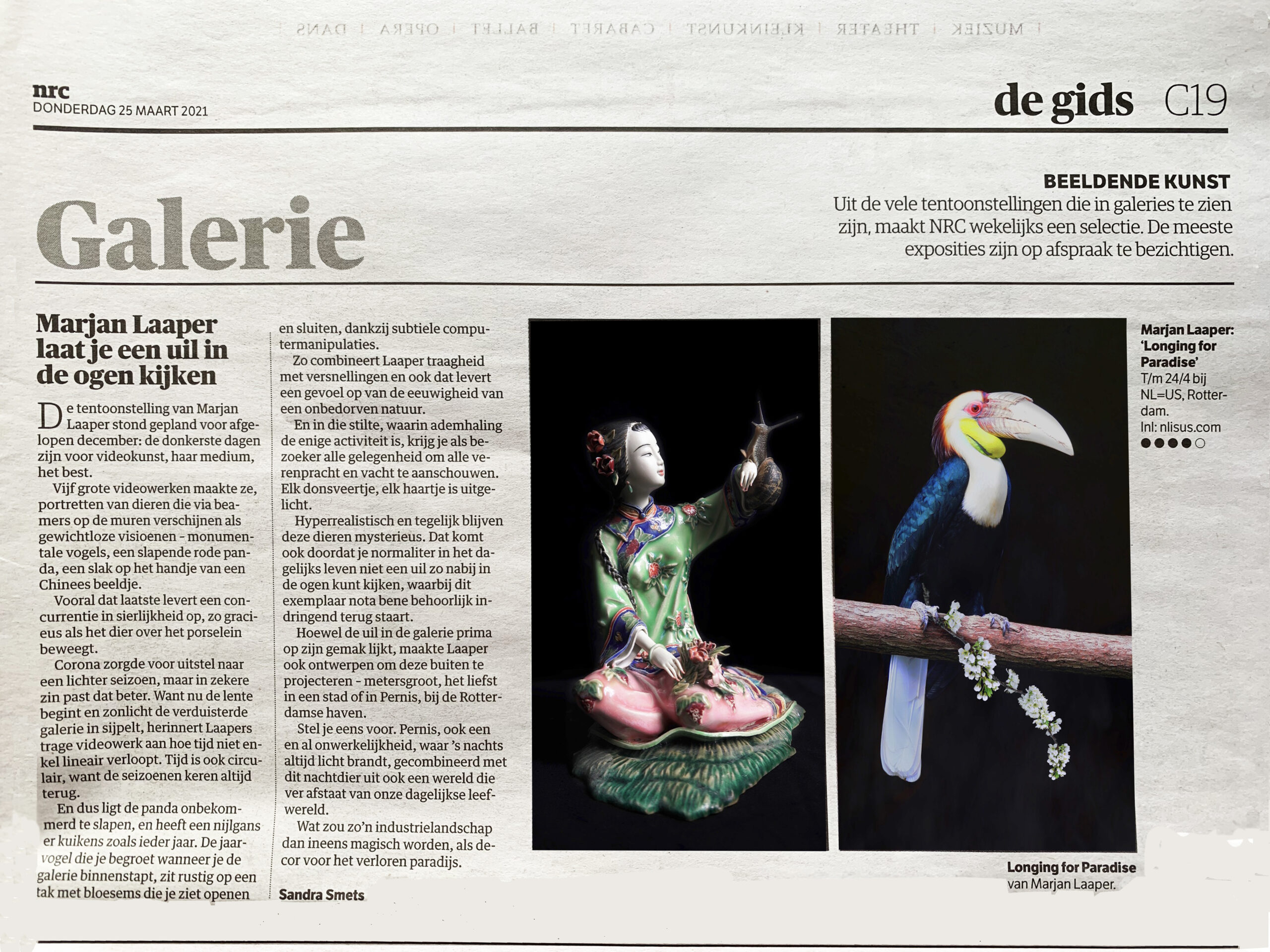