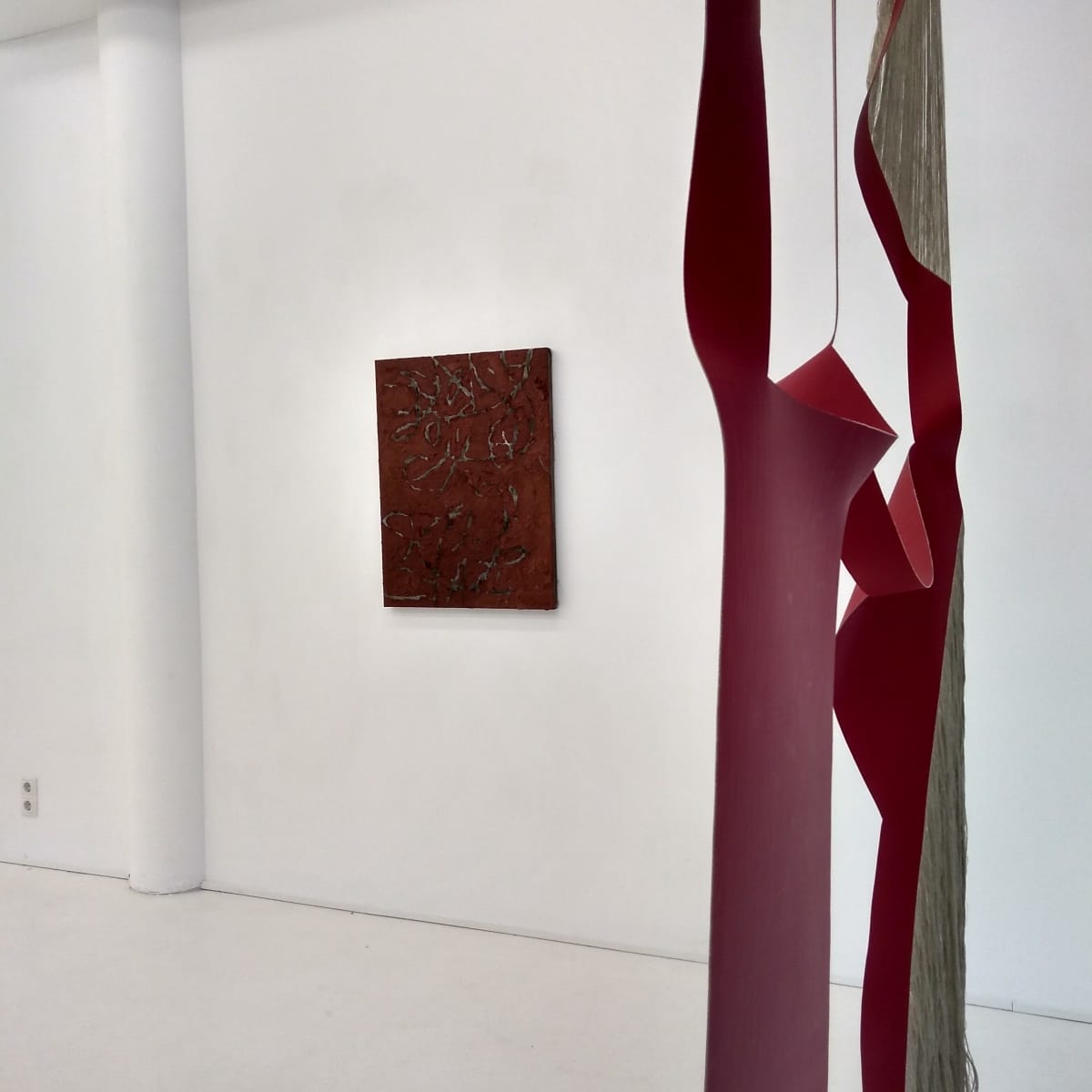 In this exhibition we will bring the artists Lily de Bont, Kirsten Hutsch, Gijs van Lith and Jan Maarten Voskuil together.
The canvas is both object and subject in their work: the traditional painting in which the canvas is not only a carrier of paint, but it in itself plays the leading role. They all stretch the boundaries of ‘the painting’.

De Bont attacks the painting head-on by cutting the wires systematically and accurately and removing them from the stretcher or weaving them apart. By doing so, affecting the connection, and forging a new complex work. In the past Hutsch transferred gesso from one canvas to another, or she accurately reproduced the canvas weave itself as a trompe l’oeil. In the recent paintings, she uses multiple canvases and the colored tape they are bound together with, as the subject matter and the compositional source for the work. Van Lith’s latest series delves deeper into a fundamental aspect in his painterly research, namely the balance between creation and destruction. In recent years his work has acquired a more sculptural dimension. The relationship between process and finished work becomes an interactive dialogue in which there is neither front nor back.
Voskuil stretches the linen on spatial frames. Often using these as modules to build hybrid works entering areas like sculpture, design, and architecture.

The aim of the artists is not to get rid of painting for the umpteenth time in history, but to embrace it and at the same time stretch its boundaries further and further. It is argued that an old medium such as painting never becomes exhausted. There are still all kinds of discoveries and inventions to be made and that these depend not only on a brilliant moment, but also on analytical and perseverance and the continuous development of new skills; craft is not a ‘dirty’ word, but a necessity for innovation to come. 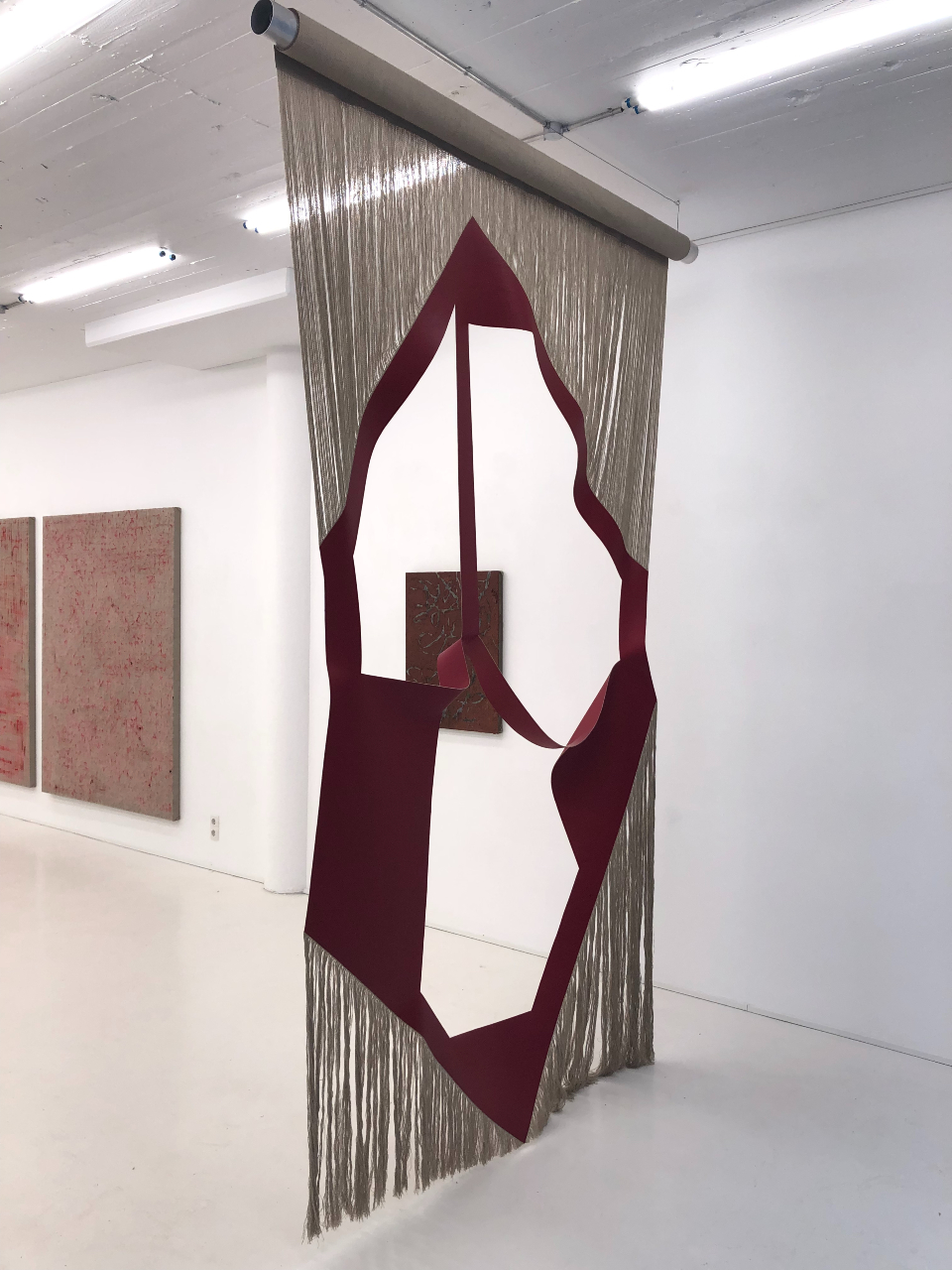 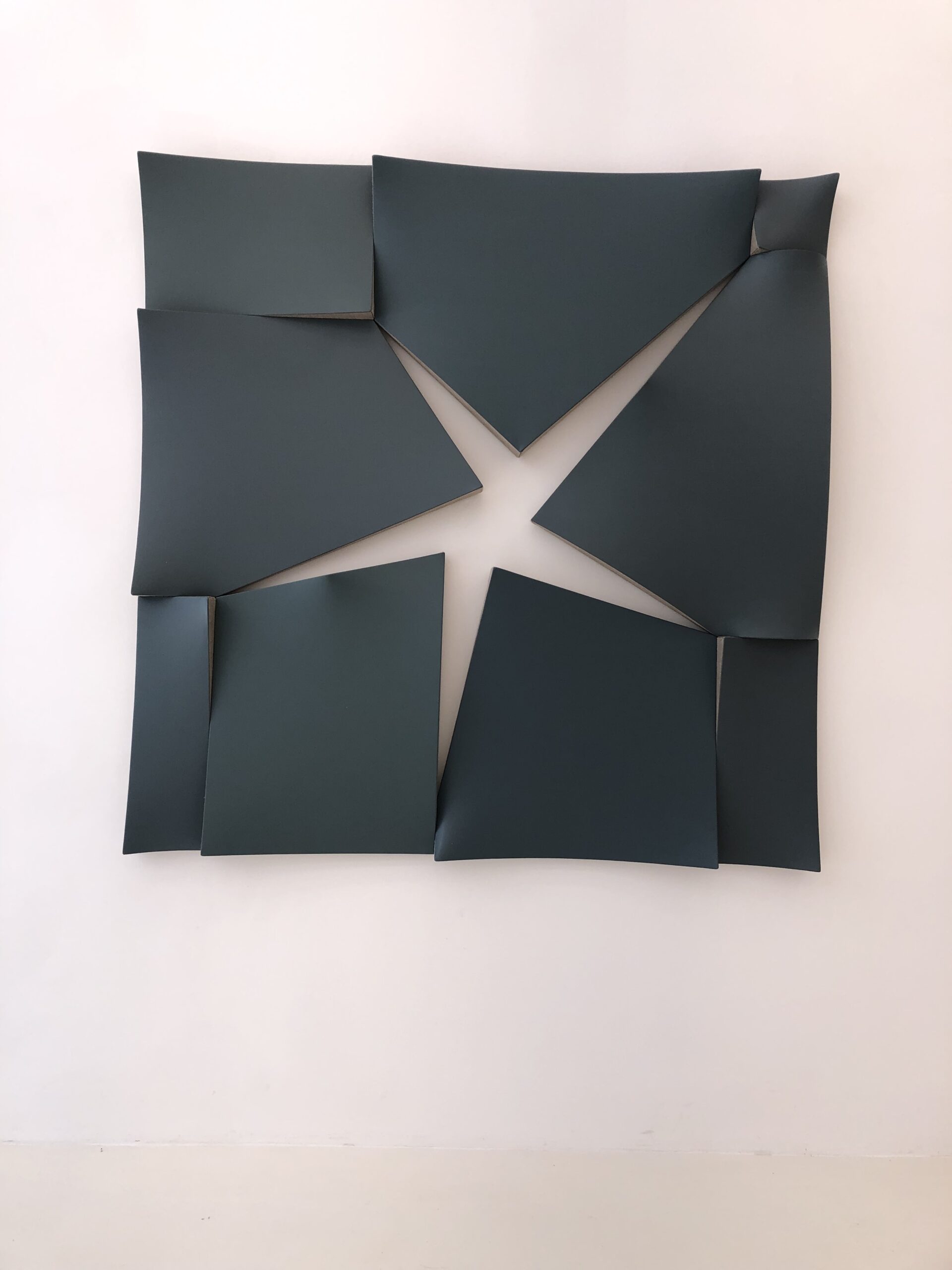 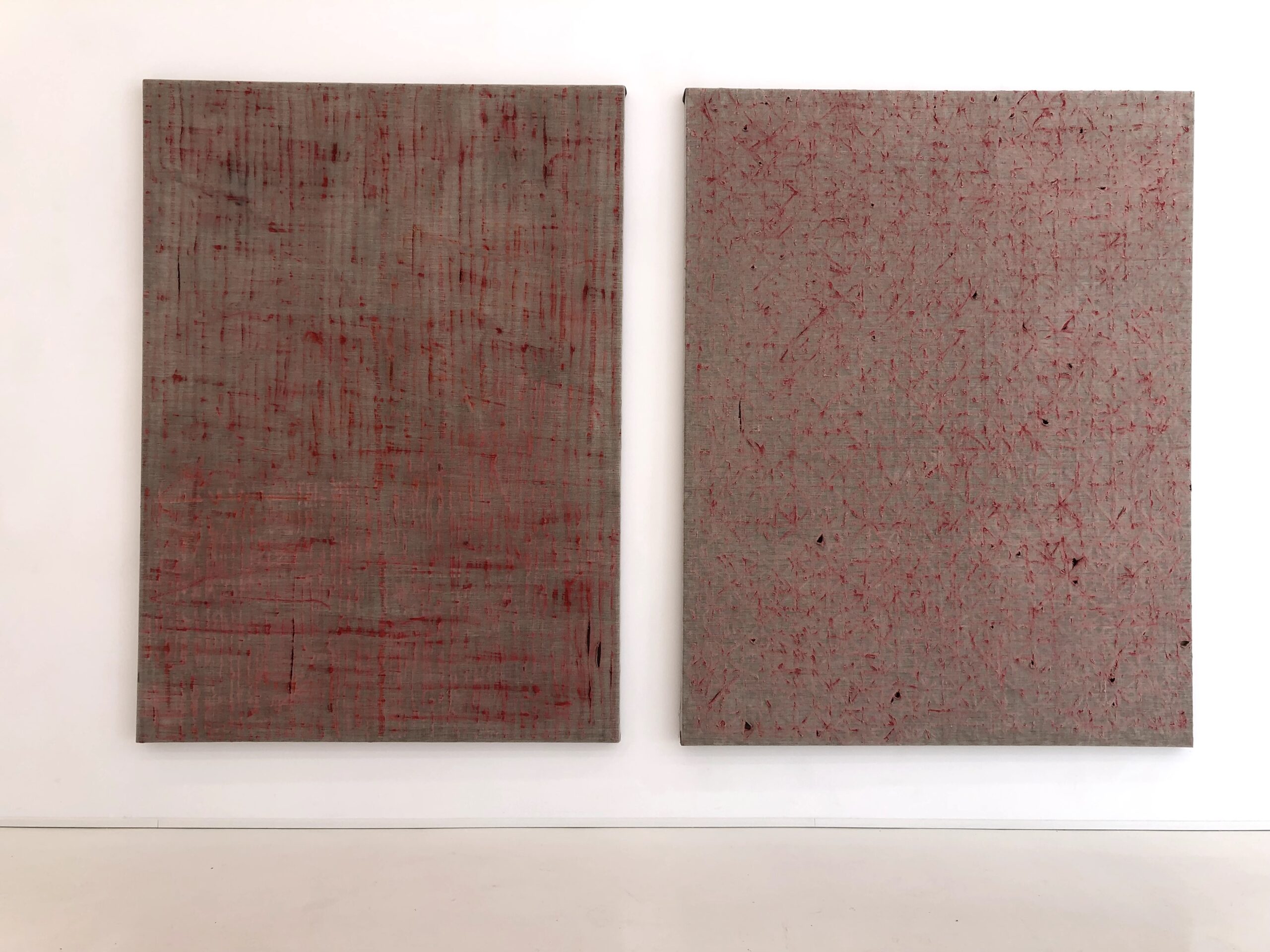 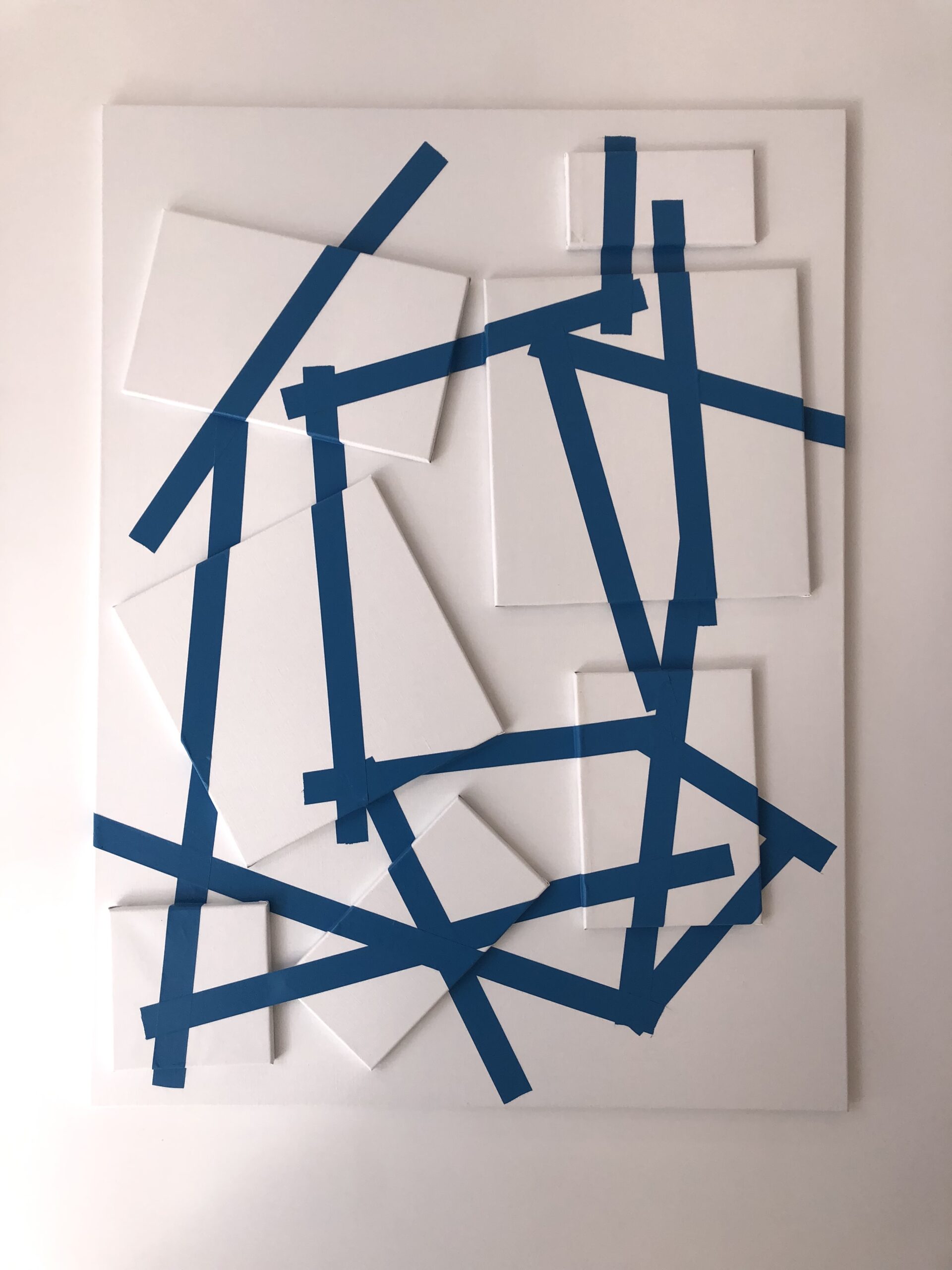 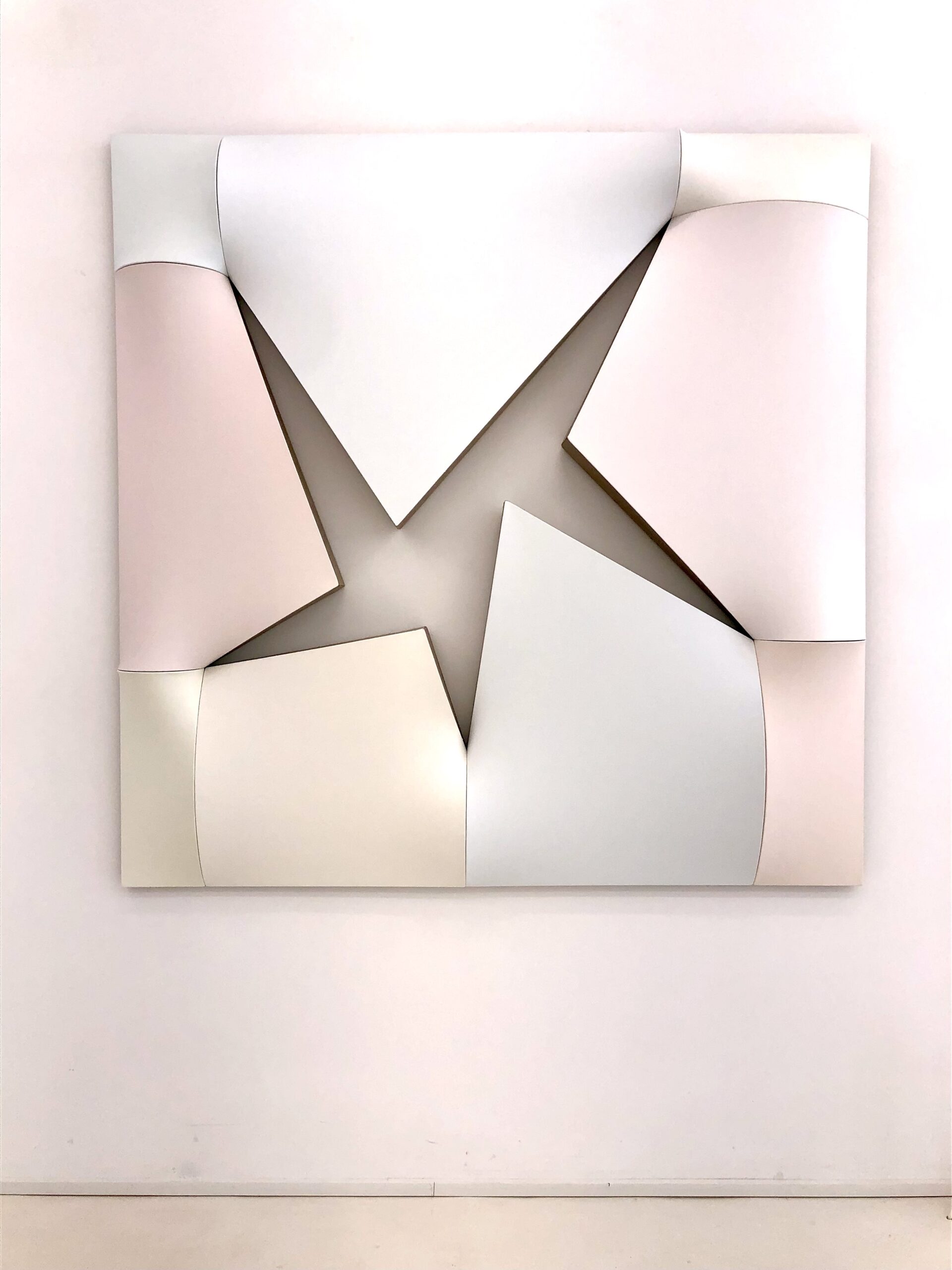 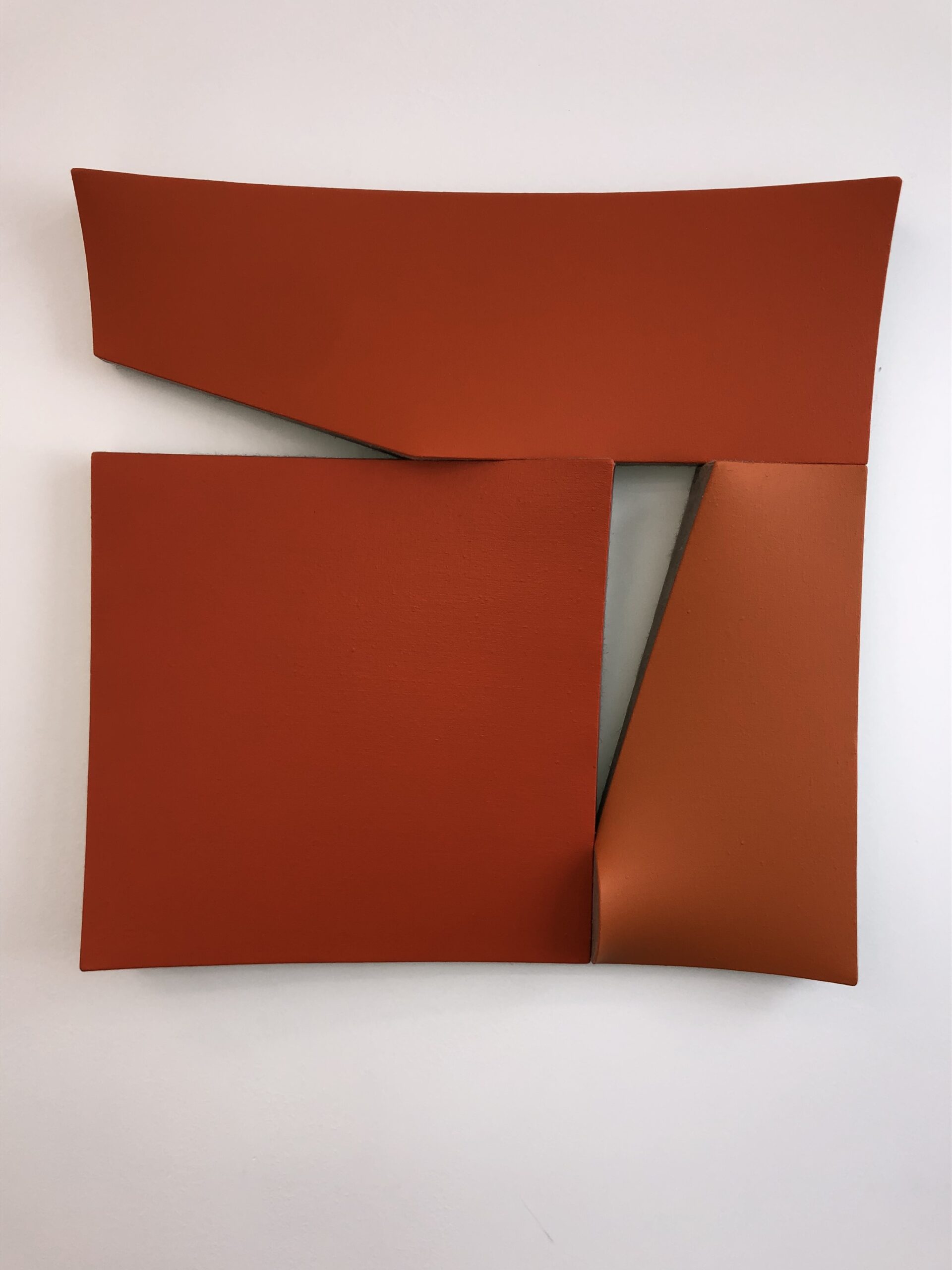 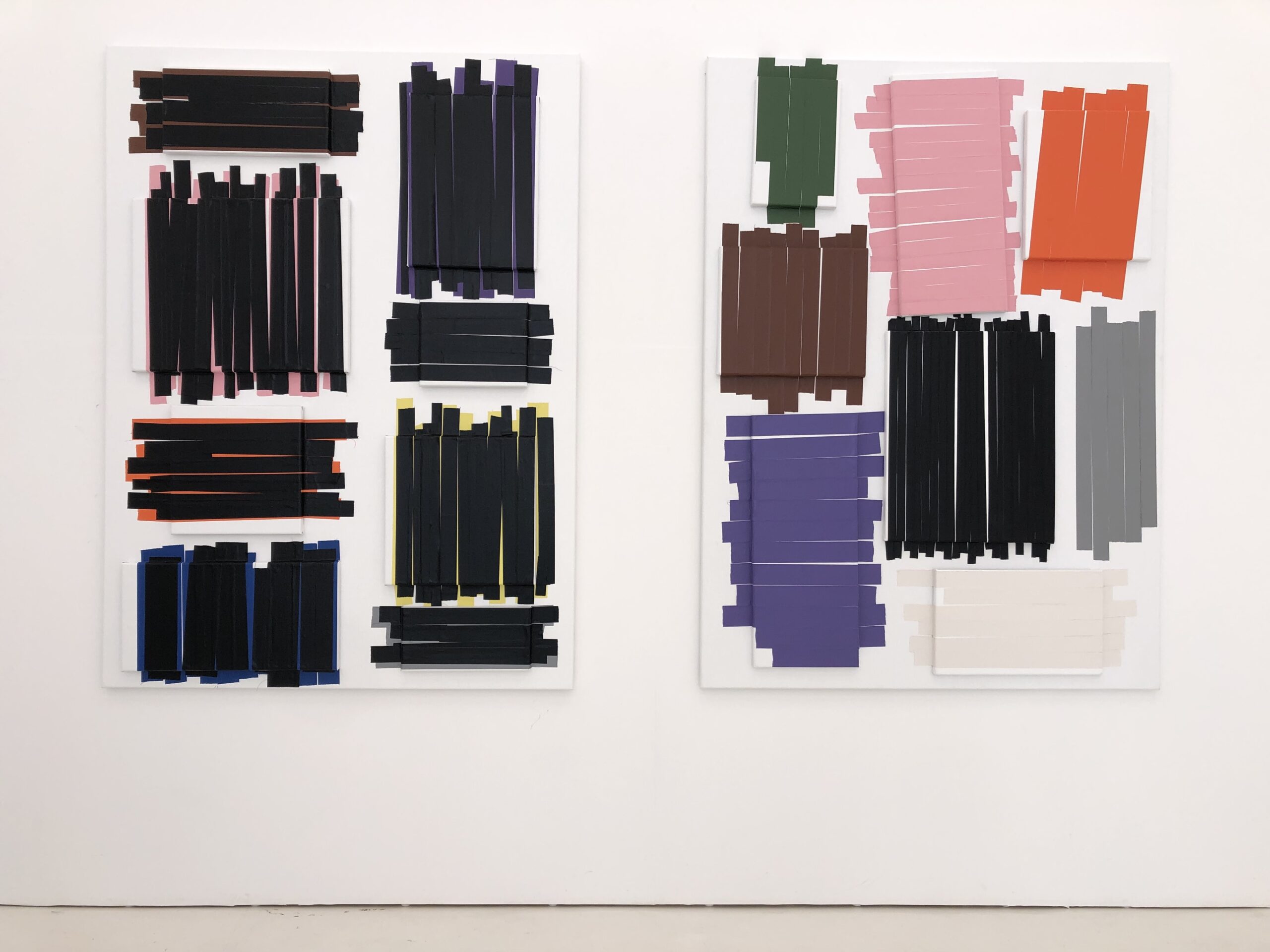 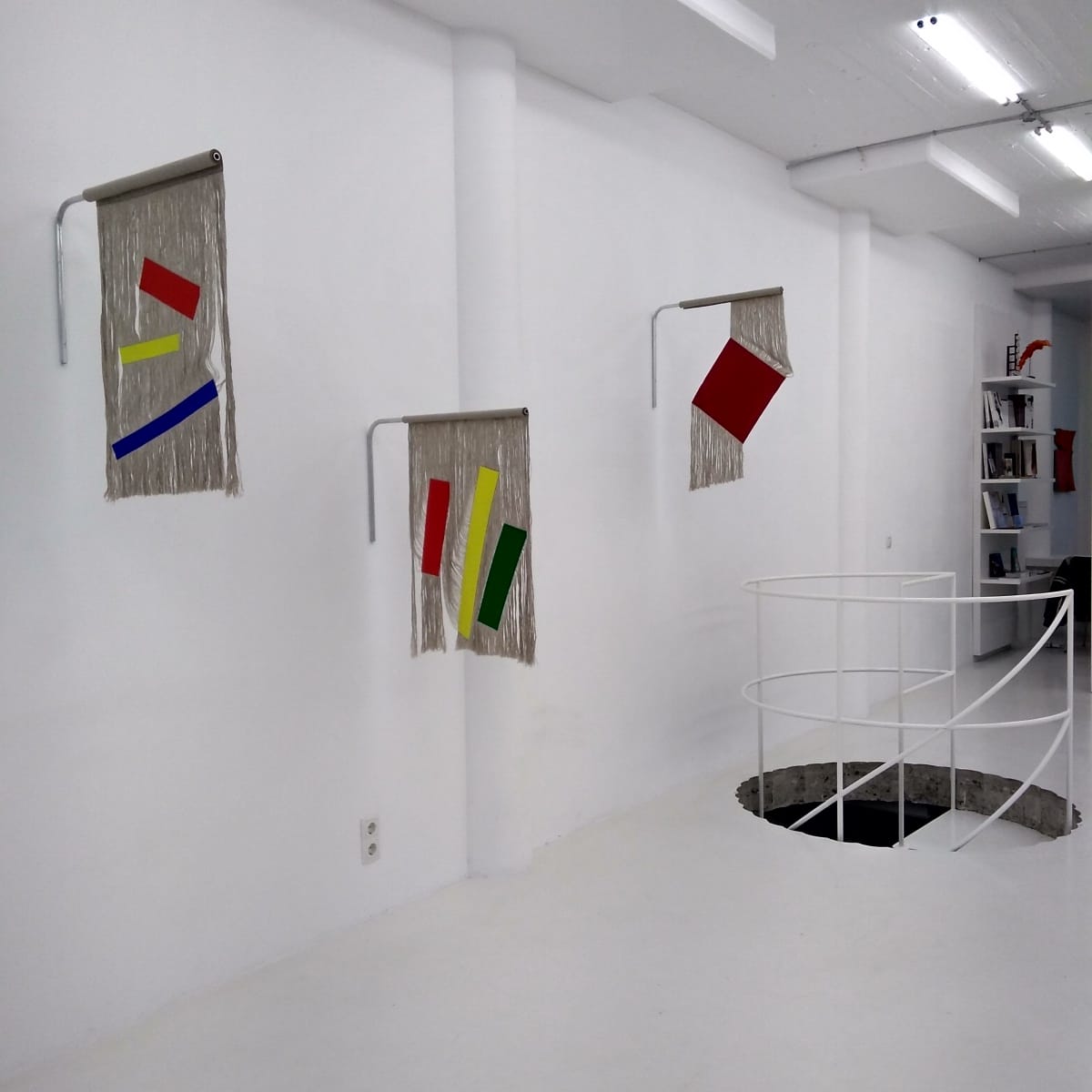 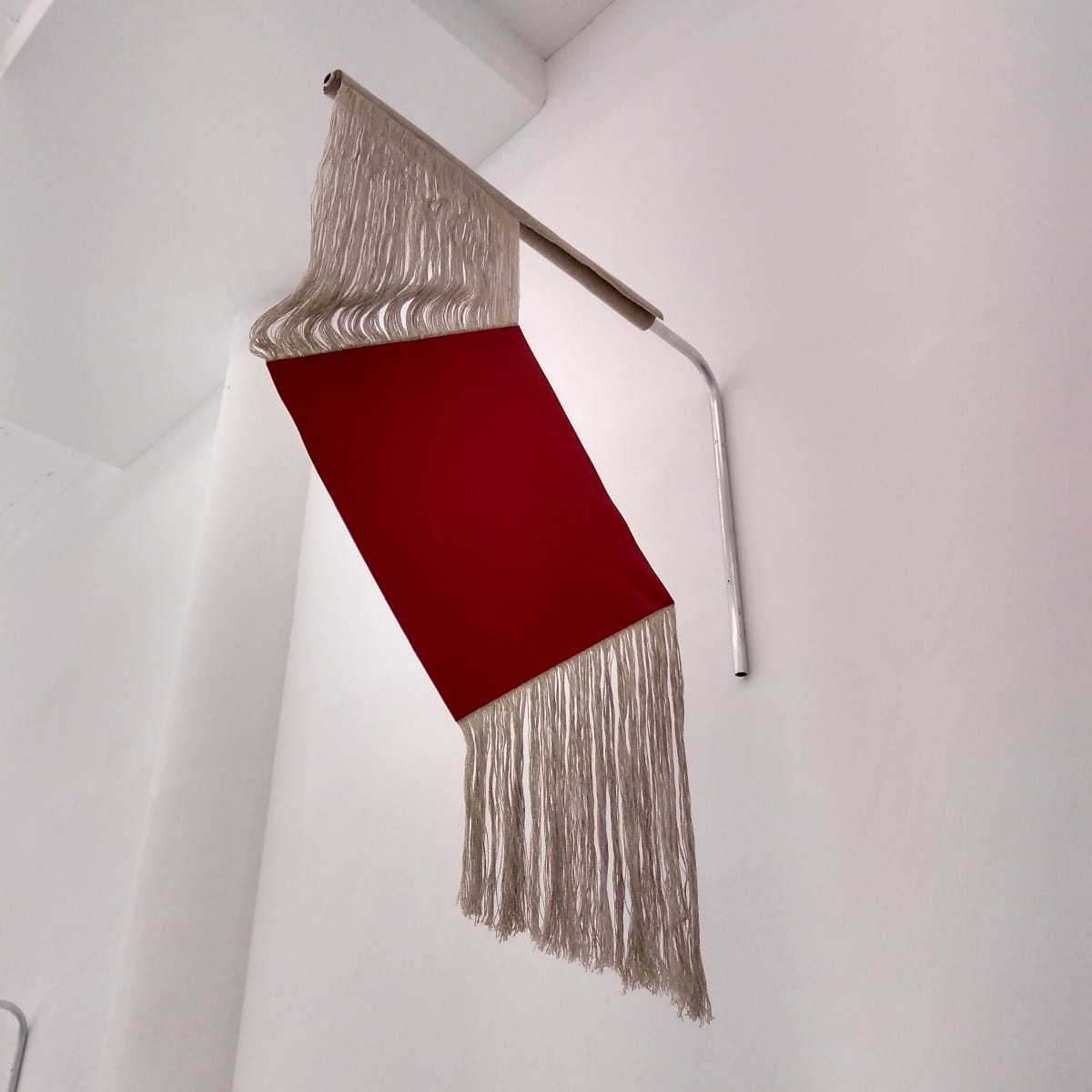